A report by the International Consortium of Investigative Journalists (ICIJ) reveals just how extensively tax reduction schemes are used by the rich and powerful. 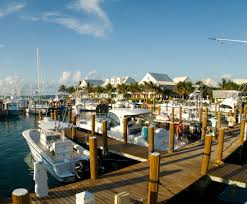 It seems that once you achieve a certain level of wealth, paying tax is no longer a problem. Through clever accounting systems, it is possible to reduce all corporate and personal taxation to a negligible level. One of the most popular mechanisms of doing this is through setting up offshore companies in so-called “tax havens” like Panama and the Bahamas.

In April 2016, an unprecedented data leak from an employee of Panana-based bank Mossack Fonseca provided evidence that would rouse public anger at tax inequality. It was enough for Iceland’s PM to stand down and for David Cameron’s tax affairs to be placed under scrutiny (his father’s company, Blairmore Holdings Inc, was incorporated in Panama and run from the Bahamas, allowing wealthy families to avoid paying tax in the UK).

Tax avoidance and evasion is a major issue, but one that has always been hard to tackle due to the power and wealth of those who benefit from it-none more so when this includes politicians and media owners. The former have the power to change policy, whilst the latter can shape or re-direct public opinion (and some of the largest media owners have managed to pay little or no UK tax).

Now a cache of 1.3 million files from the Bahamas corporate registry has created the largest public database of offshore entities in history. As noted by the ICIJ, this new information “reveals previously unknown or little-reported connections to companies owned or run by former politicians from the Americas, Africa, Europe, Asia and the Middle East”. The sort of connections that can result in resignations, criminal indictments, and regime changes.

The Bahamian data, when combined with the Panama Papers, provides startling insights into the mixed dealings of politicians, business executives and criminals, together with the lawyers and bankers who make these processes possible. And it is not just the Bahamas where tax reduction and blatant avoidance takes place: the British Virgin Islands is another place listed by the European Union as an “uncooperative tax haven”, where the super-rich secrete their gains.

In the UK alone, there is a whopping £34 billion tax gap, defined as the difference between the revenue that should be collected each year and the amount actually received. If this gap were to be closed, it would be enough to prevent some of the biggest cuts to front-line public services.

Moreover, in the UK, there exist softer tax schemes that allow higher rate tax-payers and investors to reduce their level of tax. These schemes include the reliefs given to those who donate to charities, as well as those who invest into social enterprises. Whilst presented as socially good, which can indeed occur, it is also the case that a donated or invested organisation can do far less at tackling core social needs than would otherwise be spent, through tax, on public services.

Many of these investing initiatives make high claims that have not been held to account, bolstered by other media that do not fulfil their journalistic responsibilities to present an accurate and comprehensive story (one such media outlet in Bristol was itself the recipient of an investment). Our own preliminary investigations into the matter would suggest that, in some cases, scarcely a penny of the invested amounts make any real positive difference to those they purport to help with such schemes only serving to re-direct public money into the pockets of wealthy private interests.

In future editions of Boundless, we shall be further examining the issue of tax reduction, avoidance and evasion in all its nuances, working in partnership with the ICIJ and other sources.

Create an Account
Start typing to see products you are looking for.