Three Bristolian Authors You Should Know About

Arkbound started out in Bristol, with the aim to build futures and bridge divides in the publishing world. Publishing a community content magazine Vocalise, and with many of Arkbound’s titles written by Bristolians, Bristol will always be close to Arkbound’s heart.

Bristol is a beautiful, diverse and inspiring city. Fostering artists like Damien Hurst and Banksy, Bristol is known for it’s art scene. Celebrating Bristol’s creativity, we’ve got a list of Bristol-grown authors. 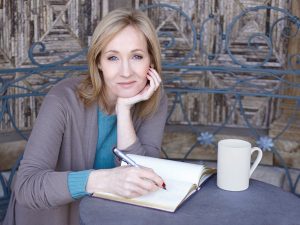 Born in Yate, just outside of Bristol. She lived just south of a small town called Dursley (sound familiar?). Her Harry Potter books have charmed an entire generation, and continue to spellbound new readers. Inspired by some of her neighbours, she told Newsround that the name Potter came ‘from people who lived down the road from me in Winterbourne […] I liked the surname so I took it, I didn’t take anything else from that family’. She wrote the infamous pages in Edinburgh, and is hailed as one the most successful authors of all time, and surely Bristol’s most famous daughter. 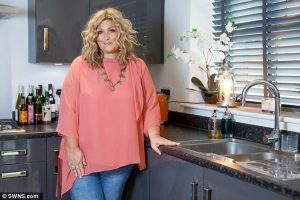 At forty, Amanda Prowse became a full time writer and penned Poppy Day, the story of an army wife whose incredible love for her husband gives her courage to rescue him from hostages in Afghanistan. Then came the Number #1 Bestseller What Have I Done? Now she has ten novels and four novellas published. Focusing on contemporary love stories with relatable female protagonists, this Bristol based author is currently working on her new series No Greater Courage. 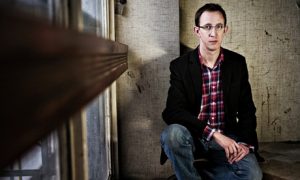 Nathan Filer originally trained and worked as a mental health nurse, then later as a mental health researcher at the University of Bristol. Starting out as a writer, he performed as a stand-up poet and featured at many of the UK’s poetry nights and festivals. His poems have also been broadcast on BBC’s radio 4’s Bespoken Word and Wondermentalist Cabaret. In 2005 his poetry short film Oedipus won the BBC Best New Filmmaker Award and Berlin’s Zebra Poetry Film Award. His debut novel The Shock of the Fall describes the life of a young man with schizophrenia. Published in 2013, it received widespread critical acclaim, winning The Costa Book of the Year, The Betty Trask Prize, The National Book Award for Popular Fiction and The Writer’s Guild Award for Best First Novel. It is a Sunday Times Bestseller and has been translated into thirty different languages.

Tags:
authors, books, Bristol, publishing, writing
Newer Diversity and the Publishing Industry
Back to list
Older Protected: So what happened to us in the Autumn of 2018…?

A lack of authentic stories: the consequences of monopoly and monopsony in publishing

Earlier this year, author L.L. McKinney started the Twitter hashtag #PublishingPaidMe, calling for authors to share the advances they had received for their books.

END_OF_DOCUMENT_TOKEN_TO_BE_REPLACED

The regional, social, cultural and economic disparities in the publishing world are overwhelming…

END_OF_DOCUMENT_TOKEN_TO_BE_REPLACED

by Enya Holland The Publishing Excellence Programme, developed by a handful of publishers to offer comprehensive work experience for t...

END_OF_DOCUMENT_TOKEN_TO_BE_REPLACED

Bridging the Gaps in the Publishing Industry

byFrances Golinski Drinkwater The publishing industry is broad and ever-changing, attracting book-lovers and academics alike - anyone ...

END_OF_DOCUMENT_TOKEN_TO_BE_REPLACED

Diversity and the Publishing Industry

Tom Weldon, chief executive of Penguin Random House UK, noted that the book industry will ‘become irrelevant’ if it continues to fail t...

END_OF_DOCUMENT_TOKEN_TO_BE_REPLACED

Create an Account
Start typing to see products you are looking for.